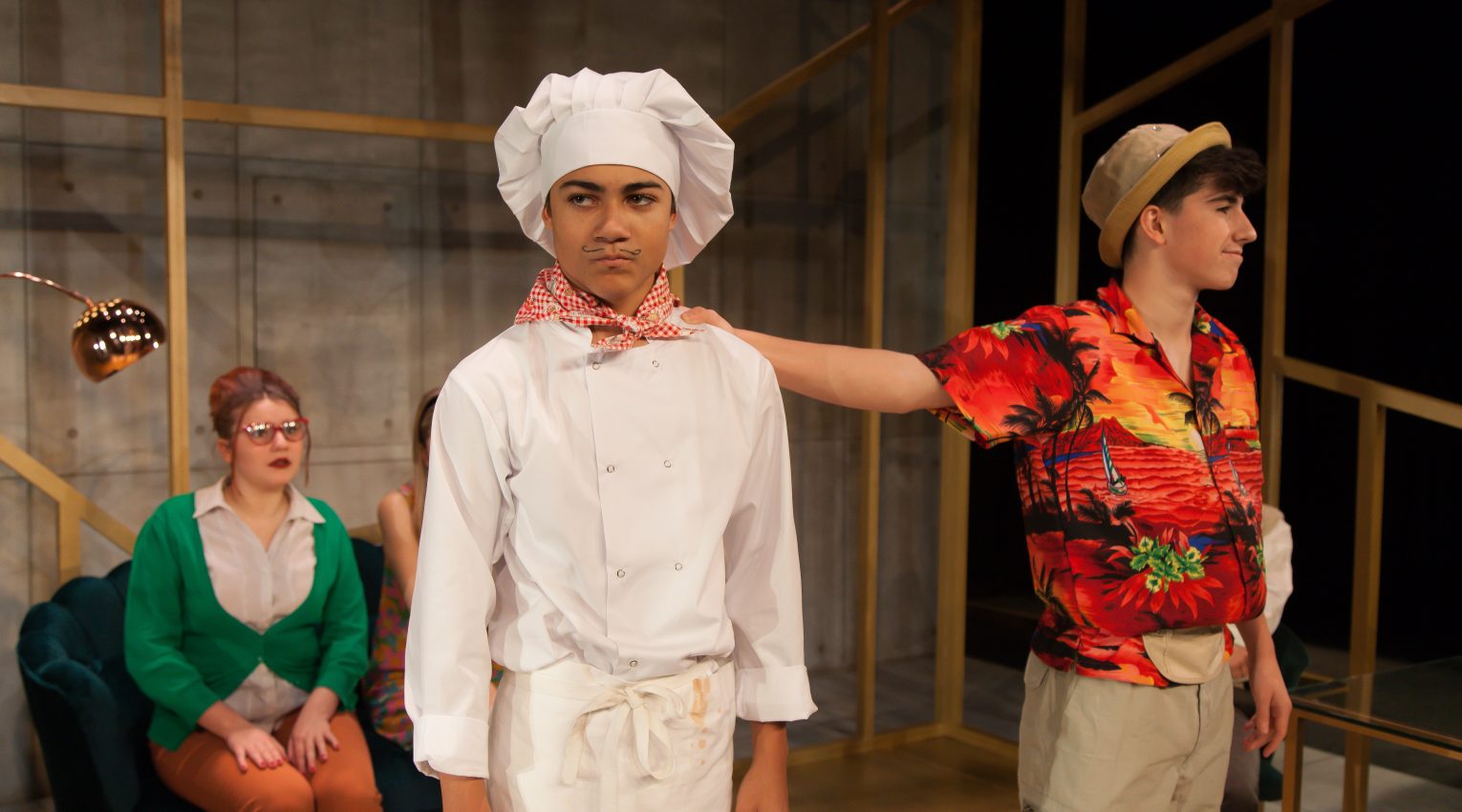 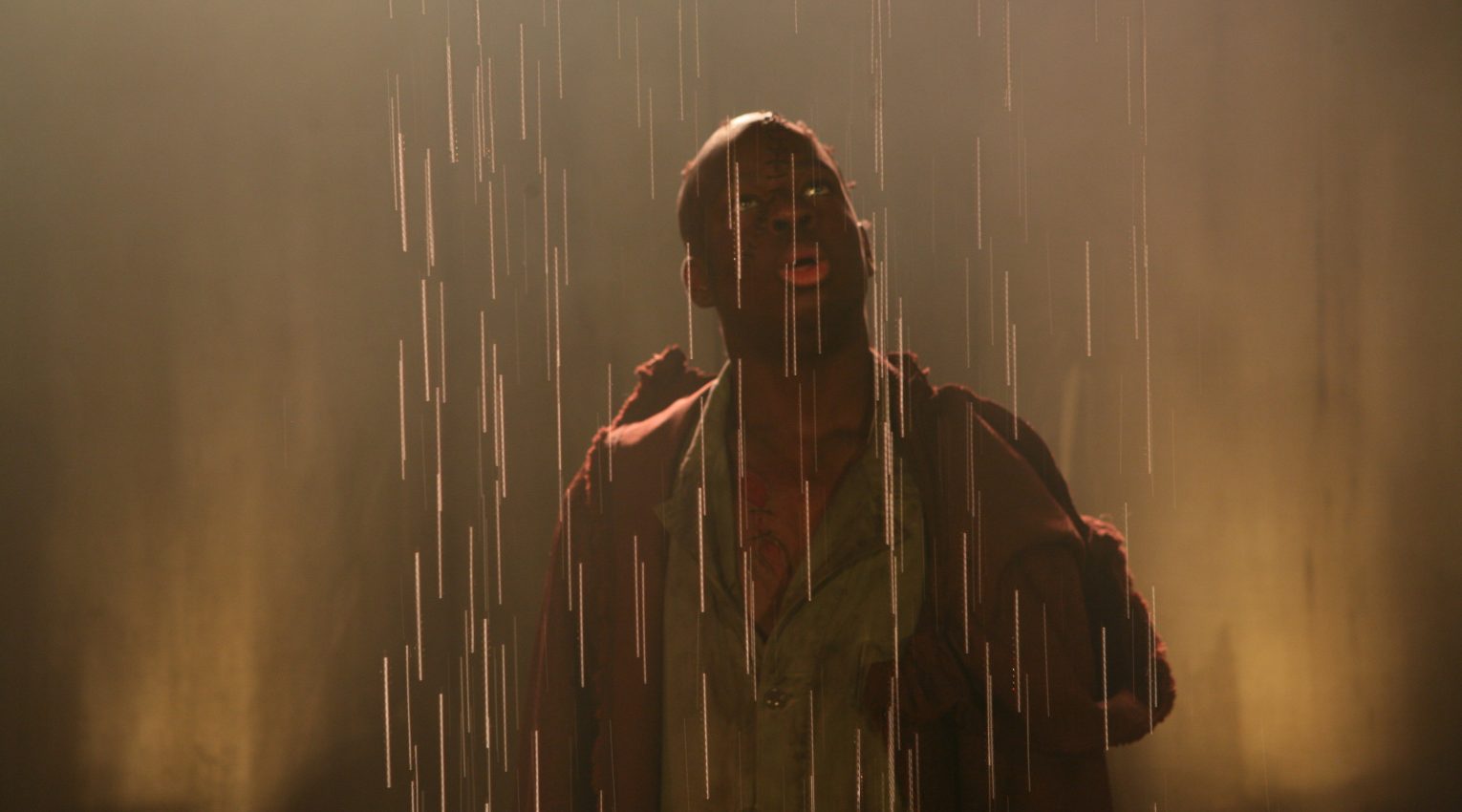 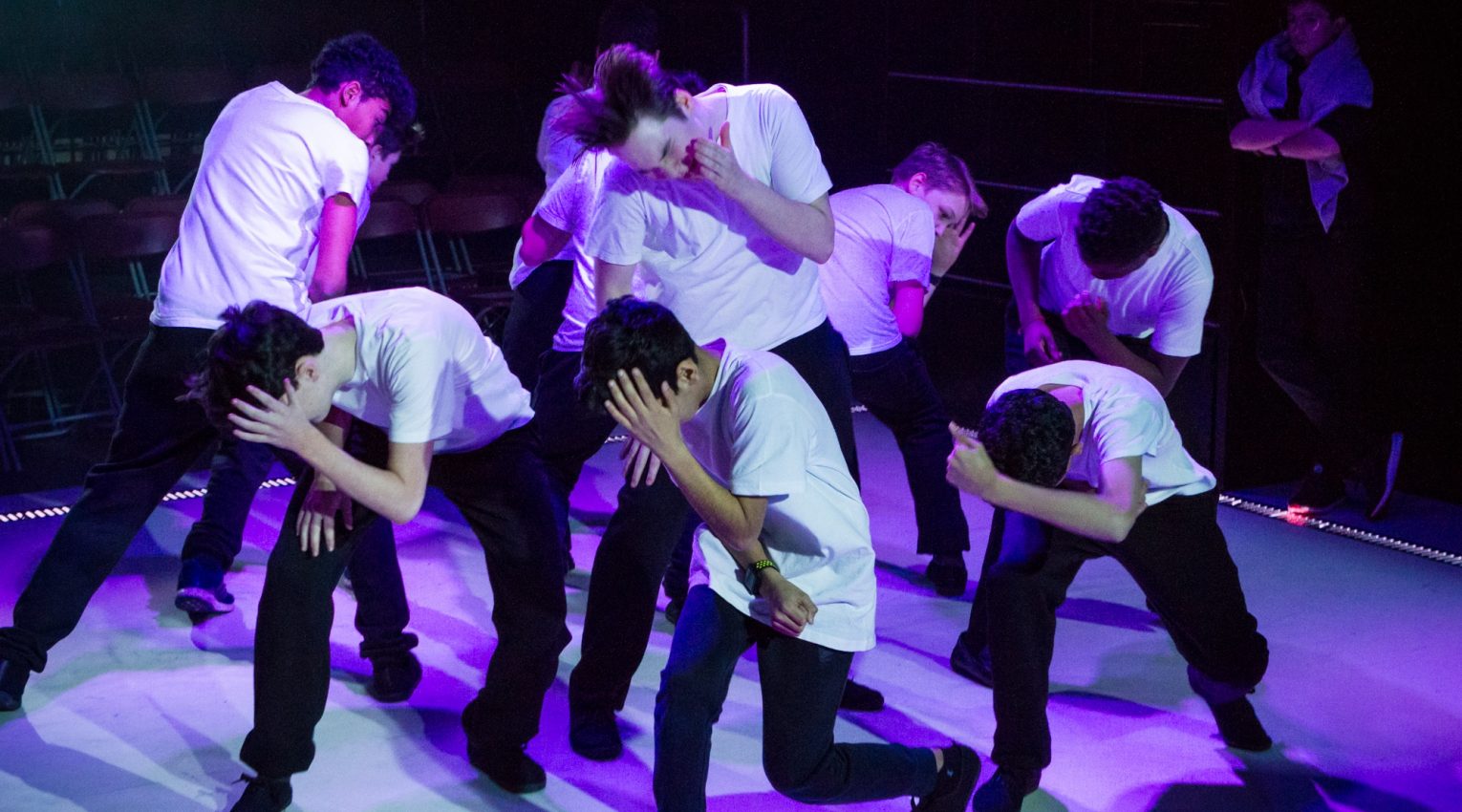 Drama is central to co-curricular activities at Wetherby Senior. The Drama department affords many opportunities for the boys to get involved, whether it be performing on stage or behind-the-scenes on set design, lighting or costumes.

The Upper School production is our biggest event. The show involves collaborating with professional set designers, lighting designers and costume designers from the West End. Shows of the highest quality are staged with our boys from the Upper School and girls from Queen’s College London and Francis Holland, Regents Park. Recent shows include Frankenstein, the spectacle made famous by Benedict Cumberbatch at The National Theatre. Our staging of this show involved Frankenstein’s ‘creature’ coming alive to a unique soundtrack as he ripped his way onto the stage, with the ‘nuerons’ in the set design flashing whenever he experienced brain activity and actual rain falling onstage in the storm scenes.

We have also staged Punch, a physical theatre play. For Punch, a playwright was commissioned to write the boys a totally unique play about boxing. Physical theatre involves lifting acting, choreography and fight sequences. With LEDS flashing in the floor of the stage and a reinforced ‘grid’ set for actors to climb, this play was performed in traverse and truly filled the audience with adrenaline.

The Lower School productions are a wonderful opportunity for our younger actors to star in a full length play. Boys act on a professionally designed set and are given extensive actor training throughout the process. Recent shows include Lord of the Flies and Curiosities, a promenade play in which audiences experienced the show in multiple locations around the School, culminating in a finale in our Marylebone Lane Drama Studio.

Trib Drama is the name for our house drama event. This year, we will be staging ‘Alvin in Wonderland’ which is a parody of the Lewis Carol classic. This production is entirely student led. Each trib has their own student director and is totally responsible for their costume, stage management and creative vision. There are over 70 boys involved in this year’s Trib Drama. We are extremely impressed with the standard of the student direction here at Wetherby and encourage boys to develop their dramatic skills both on and off stage.

The Drama department runs trips throughout the year to see notable shows, which in the last 12 months have included:

The Drama department also runs trips abroad. In 2018, we travelled to Broadway in New York and in 2019 we are touring Sony Studios in LA. 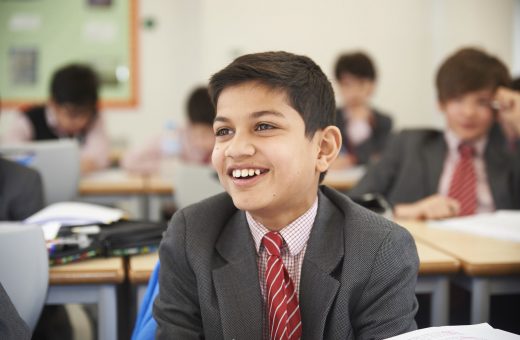 The Barometer Half Term 2

Happy New Year! It has been great to be back…

Drama is central to co-curricular activities at Wetherby Senior. The...

The Barometer Half Term 2

Drama is central to co-curricular activities at Wetherby Senior. The...

This website uses cookies to improve your experience while you navigate through the website. Out of these, the cookies that are categorized as necessary are stored on your browser as they are essential for the working of basic functionalities of the website. We also use third-party cookies that help us analyze and understand how you use this website. These cookies will be stored in your browser only with your consent. You also have the option to opt-out of these cookies. But opting out of some of these cookies may affect your browsing experience.
Necessary Always Enabled

Performance cookies are used to understand and analyze the key performance indexes of the website which helps in delivering a better user experience for the visitors.

Analytical cookies are used to understand how visitors interact with the website. These cookies help provide information on metrics the number of visitors, bounce rate, traffic source, etc.

Advertisement cookies are used to provide visitors with relevant ads and marketing campaigns. These cookies track visitors across websites and collect information to provide customized ads.

Other uncategorized cookies are those that are being analyzed and have not been classified into a category as yet.