Faris has an offer to read Liberal Studies at New York University. He lives in Westminster and is studying A Levels in English Literature, History and Economics within Wetherby Senior’s Sixth Form.

“I have always been excited by the prospect of pushing boundaries and experiencing new things, so applying to the US was a great option. I chose to read Liberal Studies as it is a chance to develop my passions in English and History, as well as explore what NYU has to offer through the ability to minor in different courses.

“Wetherby Senior’s Sixth Form staff have been incredibly helpful throughout my university application process. A Level study has also been a great experience, as I’ve studied subjects, that I am genuinely interested, in much greater detail.

“There have been so many memorable moments from my years at Wetherby Senior School. However, if I was to pick the best aspect of my time here, it would be the role that my year group has had in being pioneers and leaders in a new and thriving school. Being only the third cohort to graduate means we have had opportunities to build and create a reputation and atmosphere at Wetherby Senior that will remain, long after our departure.

“Outside of my academic studies, I have played football throughout my time at Wetherby Senior, which has been particularly enjoyable. Developing alongside your teammates from Years 9 to 13 has been very special, while being named captain of the First XI has been a great way to cap off that journey. Hopefully we will have a successful final season together!”

Wetherby Senior’s current Year 13 presently hold over 120 offers, across 35 subjects, at universities around the UK and in North America, France, Spain, Italy and the Netherlands. We’ve been interviewing many of our successful sixth formers to acknowledge their hard work and commitment, and to further inspire to our younger pupils. 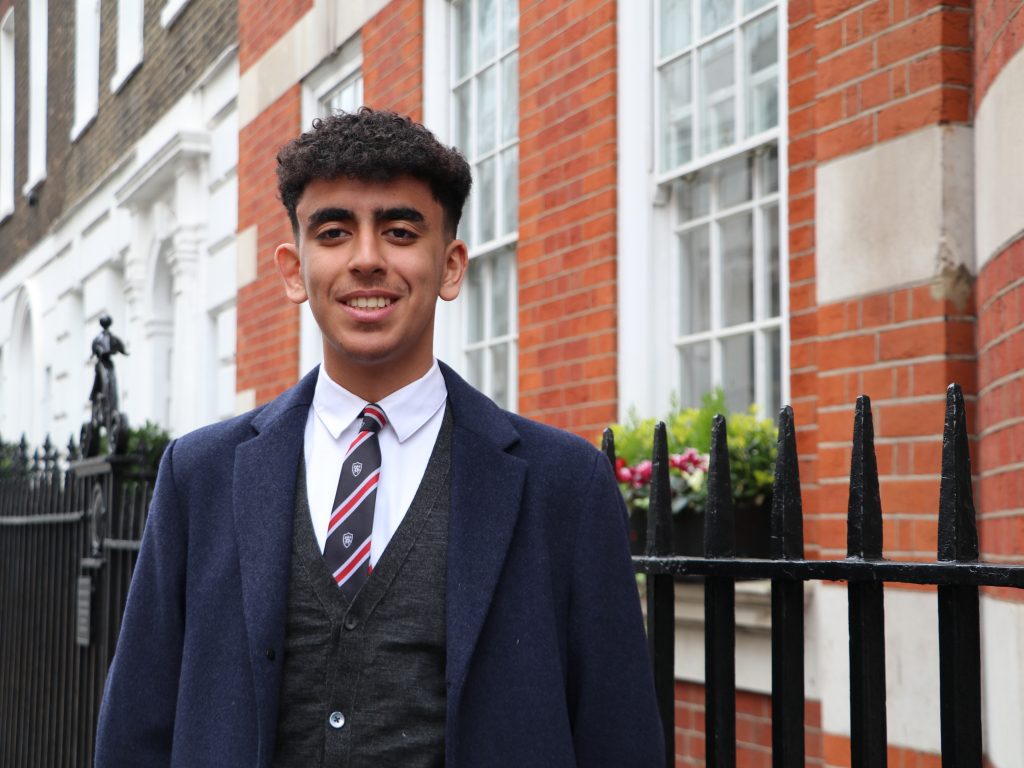 Faris has an offer to read Liberal Studies at New...

Faris has an offer to read Liberal Studies at New...