Geography in the genes

Our Geography Scholars have been on the move, with high-profile lectures and fun film screenings to enhance their love of the subject.

This week, our Geography Scholars enjoyed an inspirational lecture on genetic modification, given at the Royal Geographical Society (RGS) by Dr Helen Pilcher. A science and comedy writer/presenter, Dr Pilcher has written many popular science books, including Life Changing – How Humans are Altering Life on Earth, which was The Times 2020 Science Book of the Year.

Year 11 pupil, Nur, recently voted Co-President of our Geography Scholars alongside Devan in Year 12, explains: “The discussion about genetically modified animals included a variety of ideas, looking at how beneficial it has been to our planet with the example of how cattle have been genetically modified to perfect their characteristics for human consumption. We also learnt about the strange evolution of peppered moths, elephants with smaller tusks, fainting gotats, the pizzly bear, and gene editing of glofish.

“However, in her striking conclusion, Dr Pilcher state how, hopefully, in the future, genetic modification will turn more to the need of humans than to the needs of animals, as this will hugely benefit our environment.”

Last week, a number of our Geography Scholars also went to watch the new action-adventure movie, Uncharted. Starring Tom Holland and Mark Wahlberg, the film sees both actors take part in a globe-trotting race to solve clues and find a long-lost treasure.

Wetherby Senior’s Geography Scholars are those in Years 11 to 13 who have shown a particularly strong aptitude and keen interest in the subject. Ms Maroudi, from our Geography Department, said: “I am so pleased to see how well all our boys have engaged with our Geography Scholars programme, from participating in lectures and meetings, to suggesting events for others to join.

“Dr Pilcher’s lecture was the second RGS event that we have attended this term. We are aiming to attend an RGS lecture every month, helping our Geography Scholars to extend their knowledge and understanding beyond GCSE and A Level study.” 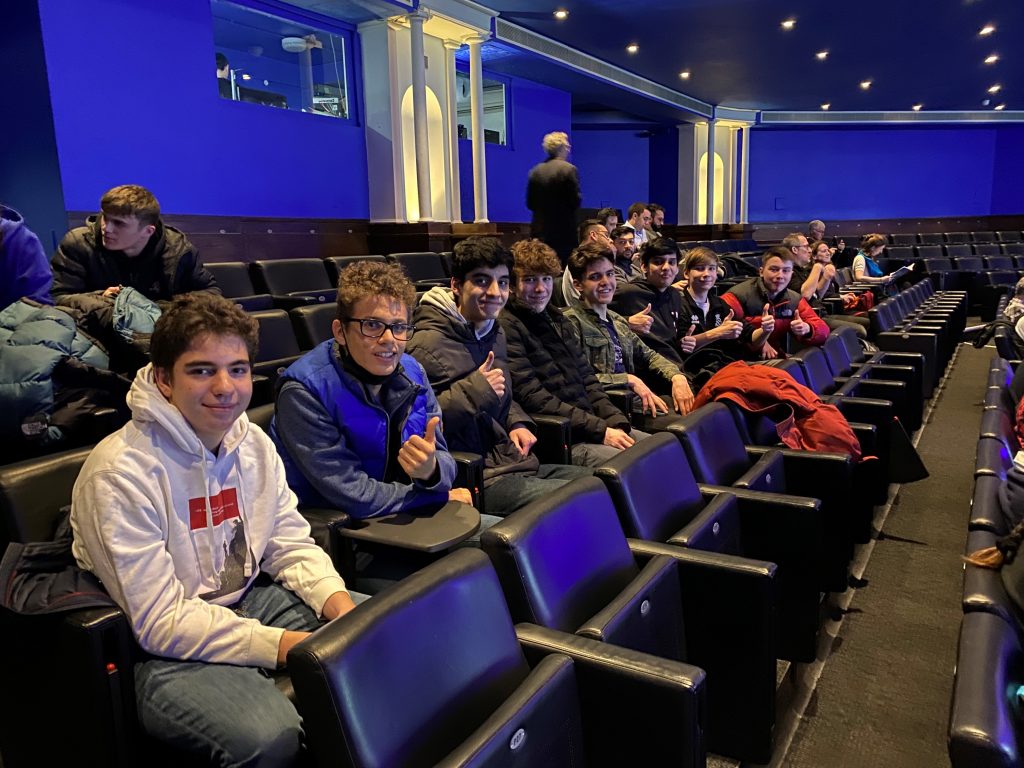 Our Geography Scholars have been on the move, with high-profile...

Our Geography Scholars have been on the move, with high-profile...