Congratulations to Wetherby Senior sixth former, Henry, who has been highly commended for a prestigious Independent Schools Association award.

Currently in Year 13, Henry recently received the Lexden Prize 2022 for being the most remarkable sixth former. This award, open to sixth formers at 500 schools across the UK, reflects Henry’s academic achievements, as well as his contribution to school life and service to the wider community.

Miss Mendes, Deputy Head of Sixth Form at Wetherby Senior, explains: “Every year the ISA run a number of awards to recognise outstanding young people across the UK. Fresh off Maxime’s success last year, in winning the Whitbread Prize, Wetherby Senior entered Henry for the Lexden Award and we are delighted that he has been highly commended.

Miss Mendes added: “Henry’s application was strengthened by his role in running our peer mentoring scheme, playing the pipe organ in assemblies, leading sessions in our School’s spin studio, and writing for, and ultimately editing, The Barometer.”

As you can see, from our picture below, Miss Mendes was delighted to present Henry with his certificate on his last day at Wetherby Senior. 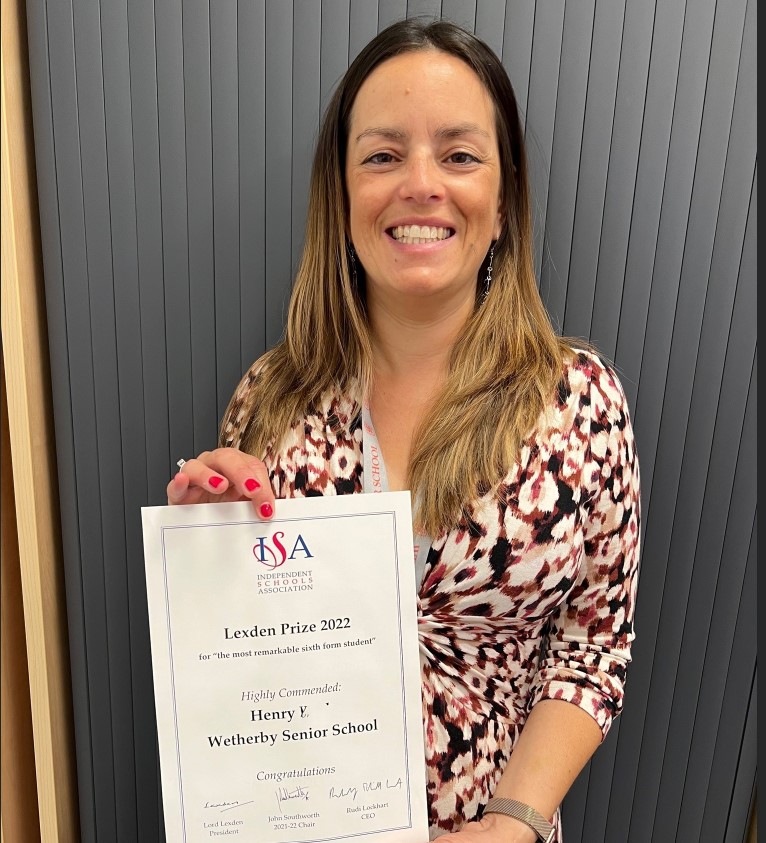 Congratulations to Wetherby Senior sixth former, Henry, who has been...

Congratulations to Wetherby Senior sixth former, Henry, who has been...