Our Year 8 pupils may have been too young to enjoy the London 2012 Olympic Games but that didn’t stop them studying its impact on regeneration to Stratford.

As part of last Friday’s Field Day, our Year 8 cohort headed from Marylebone to east London, to examine the different projects that have rejuvenated one of the UK’s most deprived areas. Spending a day in Stratford allowed our pupils to see this work firsthand, while further developing their own research skills and understanding.

Current Year 8, Panos, explains: “During our Field Day, we walked around many sites within this area of London, comparing Stratford to both before and after the Olympic Games in 2012. As well as this, we asked members of the public, who either lived or worked in Stratford, various questions about how they felt after the regeneration project.”

Now well known as the main base for the 2012 Olympic Games, Stratford previously struggled with high levels of unemployment, a lack of infrastructure and poor environmental quality. The UK’s successful Olympics bid plus other projects, like Westfield Stratford City shopping centre, have helped the local area and provide a valuable case study on urban regeneration.

Of course, no trip to the Queen Elizabeth Olympic Park would be complete without a ride on the ArcelorMittal Orbit, the UK’s largest sculpture! Our Year 8 pupils enjoyed a slide at the end of their day in Stratford. 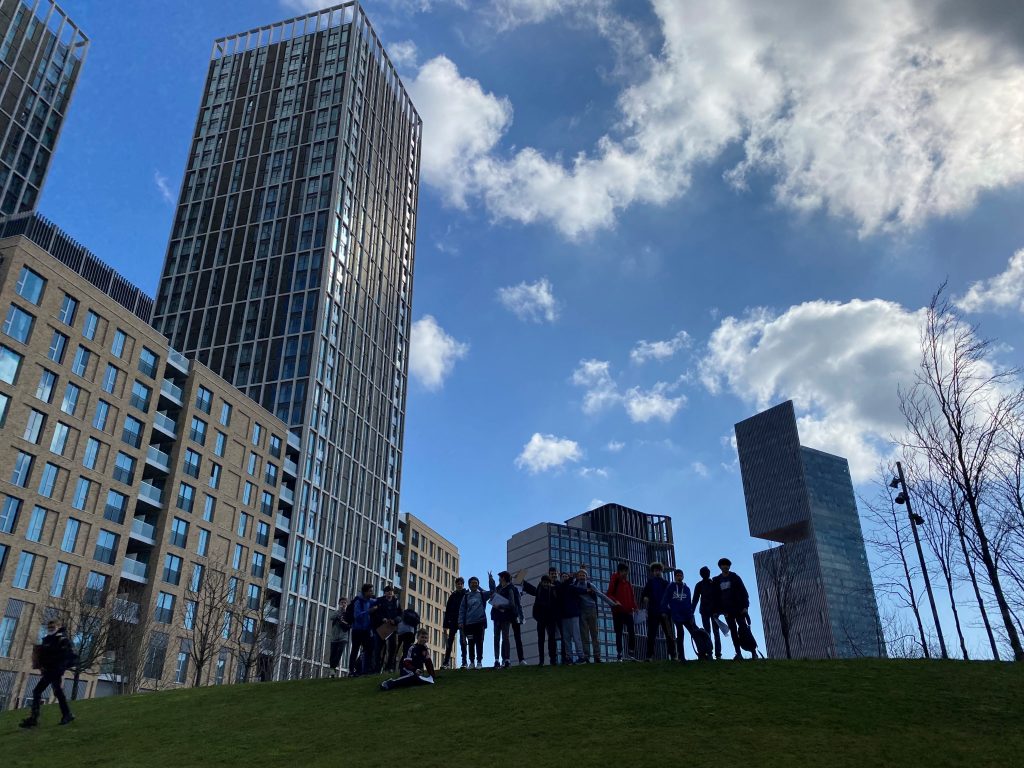 Our Year 8 pupils may have been too young to...

Our Year 8 pupils may have been too young to...